What’s next for Google Analytics and Google Tag Manager? Q&A with Justin Cutroni from Google 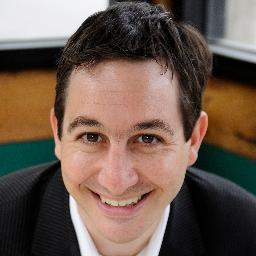 Last night, I had the pleasure of attending our local Web Analytics Wednesday meeting (yes, I know, on a Tuesday) at ThoughtFaucet in Burlington, VT. As Vermonters working in the web analytics space, we’re fortunate to have Justin Cutroni, Analytics Evangelist for Google, right here in our backyard. The format for the meeting was open Q&A. We started off with a few general questions, but before long Justin was diving deep and sharing some nuggets that I’ll share with you:

Justin also delved into a number of other topics such as building a measurement plan, performing an analytics audit, as well as big data and the ‘internet of things’.  I won’t get into that here other than to say that it’s clear from hearing Justin talk that we can expect our roles as data analysts to change dramatically.  Rather than us analysts dissecting the data to build recommendations, we’ll be designing the systems that do it for us.  Exciting times!

Thanks again to Justin for taking time away from his family to answer our endless questions and to @Gahlord for hosting the event at ThoughtFaucet.

Previous post: How to implement Google Tag Manager in the WordPress Thesis Theme